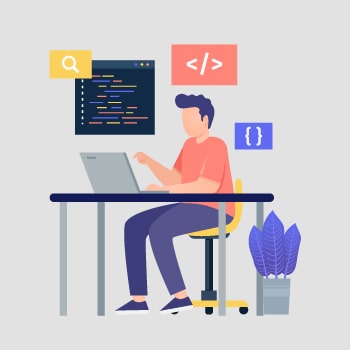 There is no denying the fact that comprehensive quality assurance strategies feature Functional as well as Non Functional testing. Therefore, it is important for digital businesses to understand the difference between the two. While both processes are an essential part of the application’s QA process, they serve distinct purposes.

Functional testing verifies that the app’s functionalities work according to the requirements by identifying the areas where performance does not meet the desired results.

On the other hand, Non Functional testing helps identify the broader quality concerns in an app by verifying all the non functional aspects, such as usability, performance, compliance, etc.) 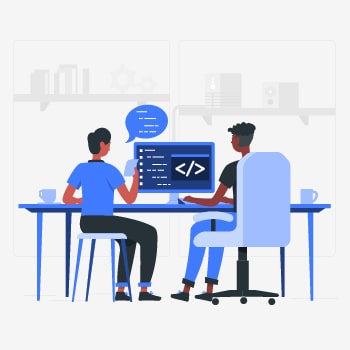 Functional testing checks the application’s functionality against the defined requirements or specificationsalong with validating the snippets of the underlying code.

Comparing the actual outputs against the desired results provide a clearer picture than testing individual modules in isolation. Interactions between modules are frequently the areas where errors occur.

Functional testing helps to ensure the application is ready for release and is free of bugs and errors. Functional testing does not depend on any assumptions about the structure of the system and focuses on delivering a high-quality product. Various kinds of functional testing  methods are used to test usability features, error conditions, ease of accessibility, as well as testing other important functions of the software. 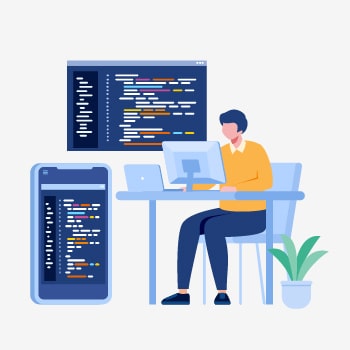 Non Functional testing validates the app features that may not be critical to functionality but are responsible for ensuring a seamless end-user experience.

Something that fails a Non Functional test does not always cause an issue that users would notice, but it can indicate a problem in the system — especially at scale.

In case non-functional testing is not performed for an application, it is not possible to measure the application’s ability to handle massive traffic, especially when the application experiences peak load. In scenarios such as holiday seasons or other scenarios when the app faces higher than usual traffic, the application may become slower or even crash. In another scenario, if the application is not tested for vulnerabilities and security, then it is prone to face cyber-attacks and even lead to exploitation of sensitive customer data. Incidents like these not only lead to a poor performing application that users might abandon, but also hamper the business’s reputation.

Unit testing: It is the first software testing phase in the software development lifecycle (SDLC). Software testers perform this functional testing type by creating and running test scripts to ensure the small units of the app individually work as desired.

Component testing: This functional testing type is similar to unit testing. However, the critical difference is that testers perform and test each application object separately with/without isolation from other software elements during component testing.

Smoke testing: Smoke testing is performed after every build release. Smoke testing helps to ensure all the test environment aspects are operating successfully and the build is stable for further testing.

Regression testing: This functional software testing method helps ensure the changes made to the code are not affecting the application’s already existing features or functionalities.

System testing: System testing is performed after integration testing and is used for validating the fully integrated application.

User acceptance testing (UAT): This is the final software testing phase, wherein end-users or clients take up the roles of test engineers to validate whether the developed application meets the requirements or not. UAT is an essential functional testing type performed before moving the application to production.

Load testing: Load testing evaluates whether the system’s performance is as expected under normal and maximum conditions. Load tests identify the peak operational capacity of the app, and detects the causes of performance bottlenecks that lead to app degradation.

Stress testing: This testing process helps evaluate the system’s performance when it is low on resources. Stress testing measures low memory or low disc space on clients/servers that reveal defects that cannot be found under normal conditions.

Volume testing: Volume testing evaluates the app’s behavior when a significant amount of data is to be processed and checks the extent to which the app is able to handle large amounts of data.

Usability testing: This method of Non Functional testing evaluates the system for human use. GUI testing ensures the output is correct, meaningful, and the same as expected per the predefined goals.

Scalability testing: The scalability tests measure the ability of an application to scale its non-functional characteristics when required. This may be in the form of load the app can support, transaction count per second, data volumes, and so on.

User Interface (UI)testing: UI testing evaluates the GUI and ensures the GUI is consistent and provides easy navigation for application use.

Compatibility testing: This non functional testing evaluates the application for compatibility with other hardware/software with minimum as well as maximum configurations.

Failover testing: Failover testing ensures that the system is capable enough to handle additional resources, such as servers, in case of a system failure.

As a Leading QA testing services provider, how can TestingXperts help businesses?

TestingXperts (Tx) is one of the 5 largest pure-play software testing services provider globally. Tx has been chosen as a trusted QA partner by Fortune clients and ensures superior testing outcomes for its global clientele. We have rich expertise in enabling end-to-end testing services for global clients across various industry domains like healthcare, telecom, BFSI, retail & eCommerce, etc.

Our range of QA testing services include: