Significance of Functional Testing for Businesses in Agile & DevOps

Today’s businesses are rapidly adopting agile and DevOps to achieve faster and quality releases. DevOps methodology embeds faster releases achieved through continuous integration and continuous delivery of software along with continuous testing. Many software testing methods such as functional, regression, performance, security testing, etc., are leveraged to ensure high-quality products. Out of these methods, the functional testing method plays a major role in the software release in the agile and DevOps processes. It helps businesses achieve fully functional and high-quality software in less time through faster and quality releases.

What is Functional testing? 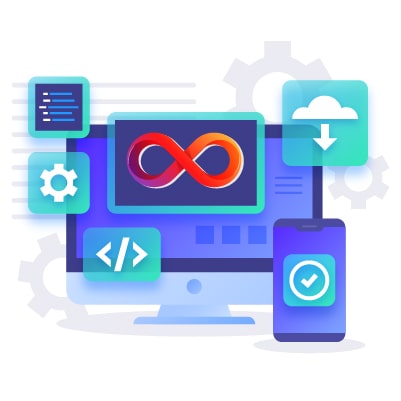 Functional testing in software testing is a black box type of software testing, and quality assurance method performed to test the software’s functionality and its related components. The main aim of this testing type is to validate the functionalities of an application against business requirements by providing certain inputs and validating the outputs.

In this software testing type, software components are tested individually without integrating them with other components.

This form of testing is also named build verification testing, which is used to determine the stability of the software. It helps testers know whether the code can be shared for further testing.

In this software testing technique, testers perform basic tests on the software. Whenever the build is received after some changes, this testing type is performed to ensure the bugs are fixed and the software functions properly.

In this software testing type, various individual software modules are combined and tested as a group to ensure their proper functioning.

In this testing type, the quality assurance team evaluates the software to know how various components interact together. It ensures that the software works properly.

In this testing method, the end-user/client/product owner tests the product to verify its functionality and usability before it is released in the market.

Why do businesses need functional testing? 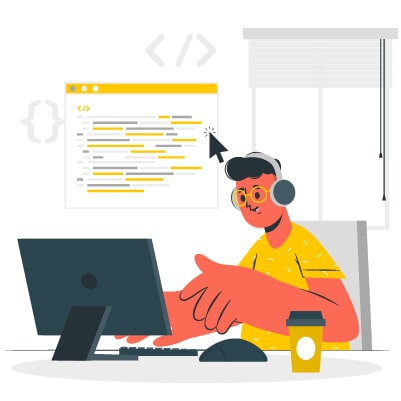 • It helps to improve the quality of the software

• Helps to verify the software functionality based on Software Requirements Specification (SRS) and ensures the system functions as per the user specifications.

• Helps to test specific error conditions and other important functions of the software.

• Helps to achieve fully-functional software which is defect-free to deliver a great CX.

How to do functional testing? 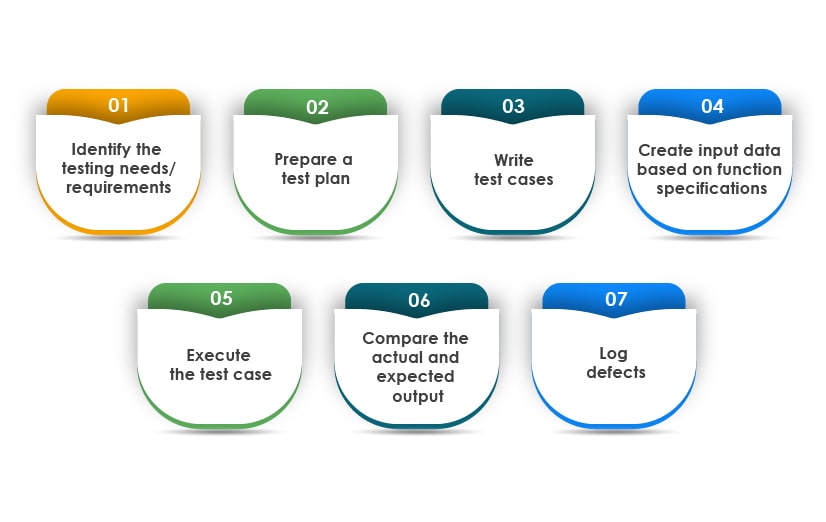 The first step of functional testing involves the testers who need to understand the business requirements and take a stance on the testing needs in detail.

The next step involves preparing the test plan. The test plan should clearly state the objective of the test, test methods, testing techniques, etc.

It is an essential step wherein testers create test cases. The functional test cases should be prepared in a way that ensures maximum test coverage.

Now, to test the specific functionality of an application, testers have to create data and use it as an input. The data that is used to test the application is known as input data.

Testers execute the test cases using the input data that are identified during the preparation of test cases.

6. Compare the actual and expected output:

This is an essential step, where testers compare the actual output with the expected outcome. It is done to determine whether the test is a pass or a fail.

In the last step, testers note the variations between actual and expected outcomes and log these variations or defects to let teams know about the same. 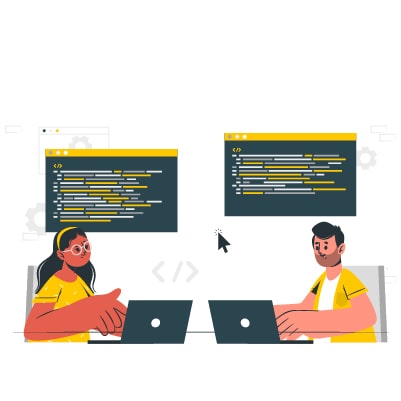 Situation: Suppose there is an online music app, and below are the set of test cases to be evaluated:

• It also has options, i.e., login and cancel

• When the user enters the correct credentials, the action is successful, and the login page directs the user to the music app home page

• If the user clicks on the cancel option, the login is canceled

Significance of Functional testing in Agile 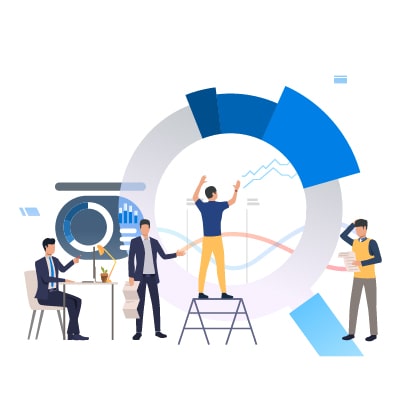 In traditional testing models like the waterfall model, the development and testing of the software happen one after the other, and usually, testing starts once the development is complete. However, in agile methodology, the product is simultaneously developed and tested in sprints, and features are rolled out in each cycle.

In an agile environment, at one end, the developers develop the software, adds new features, or make improvements to the code, while simultaneously, on the other hand, testers perform functional testing of the software. If some changes are introduced to the software, regression testing is performed to ensure the software’s existing functionality remains unaffected.

Significance of functional testing in DevOps 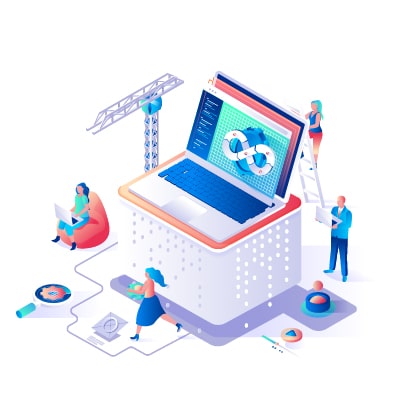 Some of the benefits of functional testing in DevOps include it helps to remove functional defects from the software much early and faster, ensures the software quality starting from build stage to release stage, delivers fully-functional software in less time, eliminates the chances of manual errors, as the process is automated, and saves significant time and cost.

It is an intelligent test automation tool that can be used to test the software’s functionality. This tool allows continuous testing and integrates easily into the DevOps CI/CD pipeline.

It is an automated software testing tool that can be used to test the functionality of native, hybrid, and mobile web applications. This tool allows testers to test mobile apps on various platforms, such as android, iOS, and Windows. This test automation tool supports various languages and works on JSON wire protocol (extension of Selenium JSON wire protocol).

It is an all-in-one test automation tool for desktop, mobile, and web. This tool allows codeless test automation and can be used for testing software functionality. This software testing tool supports cross-browser and cross-platform testing. Ranorex easily integrates with the DevOps pipeline.

It is one of the widely used test automation tools best suited for web applications. This tool has various components, such as Selenium WebDriver, Selenium IDE, and Selenium Grid. This automation testing tool supports a majority of OS, browsers, and languages. Selenium also has a record and playback feature that makes software testing easy.

It is a widely used test automation tool for mobile, desktop, and web. This tool supports various languages and can be used to perform keyword-driven and data-driven testing.

Today’s businesses are rapidly adopting agile and DevOps processes to achieve quality software in less time. But the quality of the software depends on its proper functioning, which can be ensured through end-to-end functional testing. This testing type helps businesses in many ways, such as improving the functionality of the software, enhancing customer experience, and saving significant costs. Businesses should leverage end-to-end functional testing from a next-gen QA and independent software testing services provider to achieve high-quality software in less time.