Types of Software Testing You Should Know

Wikipedia defines software testing as an investigation conducted to provide stakeholders with information about the quality of the software product or service under test.

Software testing can also provide an objective overview along with an independent view of the software to allow the businesses to appreciate and understand the risks of software implementation.

Software testing is taken along with the development phase for the most commonly used agile and DevOps methodologies to ensure faster releases and quality software. 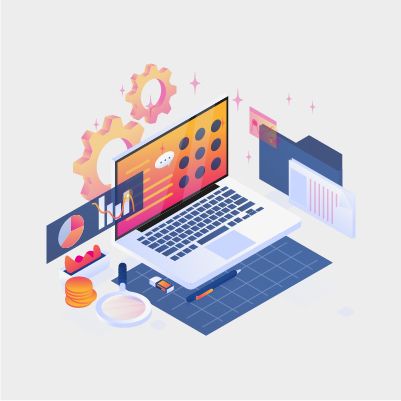 It is a known fact and as stated by John Ruskin, “Software Quality is never an accident and it is the result of true and intelligent effort.” It is the effort placed by quality assurance and software testing teams to ensure high-quality end products by adopting the best software testing practices.

Primarily, this intricate software testing process identifies errors and bugs in the system and effectively evaluates the functioning of a software application. It also checks whether the developed software has met the specified requirements as outlined in the requirements and ensures that quality output is delivered.

Hence, it is critical to adopt and take up software testing within the software development life cycle (SDLC) to ensure high-quality is maintained. There are various types of software testing in SDLC that should be adopted by businesses and enterprises.

The process of executing all software activities in a systematic and planned manner is named as software testing life cycle. The entire process consists of certain steps that have to be executed in a definite sequence to ensure and uphold software quality goals. There are certain phases in the STLC process that needs to be properly followed to ensure quality. 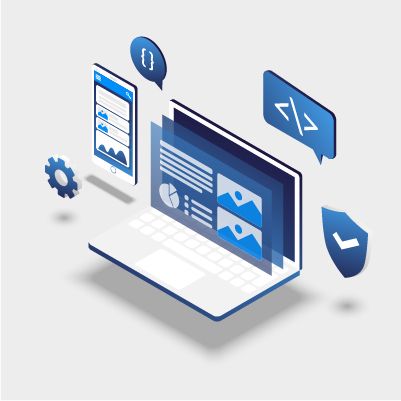 With respect to agile and DevOps practices, every component of the SDLC is optimized for speed and efficiency. In a way, even the software testing should be broken down in the STLC to ensure every component of application is verified and effectively tested to ensure high-quality products.

What are the Phases of the STLC?

Why should Businesses take up Software testing?

Any application or software should be validated and verified using software testing practices to ensure that it is free from bugs or errors. This process is also done to ensure whether the software accomplishes the technical requirements, as guided by the development and design.

In addition to this, it also ensures that the requirements of the user are accomplished effectively and the exceptional cases are handled properly to deliver as per the expectations of requirements.

There are various types of software testing that should be followed to achieve different objectives of the application under test while testing software applications.

What are the Main Types of Software Testing?

Though there are different types of software testing in practice but, the two major categories are Functional and Non-functional types of testing along with manual, automated and system testing types.

Revolves around the specificity of how well the system performs under various conditions. It refers to various other forms of software testing and some of the most common testing methods are performance, load, stress, security, compatibility testing.

It is the process of testing the software by humans to verify the software quality for which exclusive test cases are written and tested for their pass or fail status. There are many types of manual testing and some of the most common are smoke testing, functional testing, sanity testing.

In recent years, this has been dominating the testing field as certain open source and paid automation testing tools are used to find the defects and bugs. This testing process involves the creation of test scripts, running these test scripts and logging the bugs in defect management software.

This type of software testing includes many testing types and is used to validate the software as a whole with respect to software, hardware, and networks. It usually tests the fully integrated software product to exclusively evaluate end-to-end system specifications.

It enables to test, validate and verify both the application architecture and validate based on the business requirements to ensure a fully functional product.

What are the Important Functional Testing types? 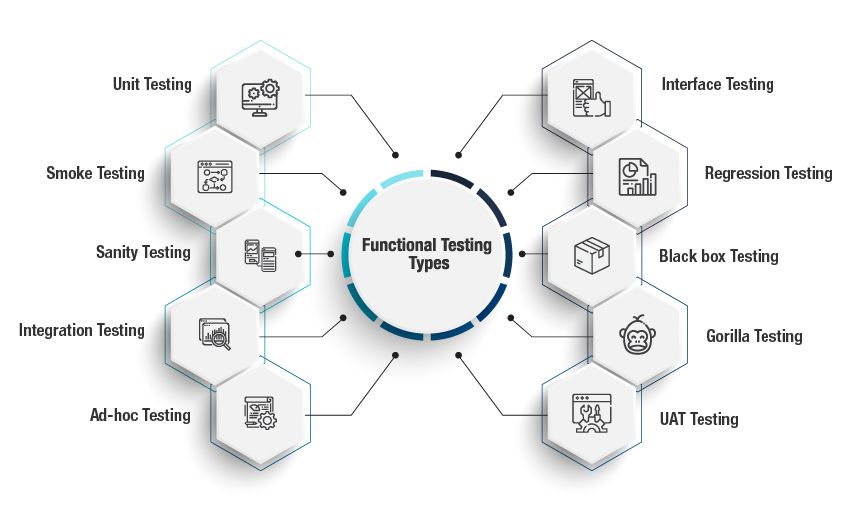 There are many important functional testing types like Unit testing, smoke and sanity testing, black box testing, and many more

This is the initial or preliminary testing type performed by the developers and is usually focused on the smallest unit of software design. Evidently, testing is done on an individual unit or group of inter-related units to check their functionality.

It is often done by the developers or programmers and they use sample input to observe the corresponding output.

This is another important testing method done by software testers. This type of testing helps to make sure that software or the application under testing is ready or stable for further testing.

Only if the software build is stable, the testers accept the build and continue to perform the further process of software testing.

This is an effective testing method used to verify the newly added functionalities and is usually executed before any detailed functional or regression tests are executed.

This method of testing is taken up as soon as the build is received to check whether the new code changes introduced are working as expected.

It is usually performed by programmers where the individual test units are combined and tested as a group. This testing method is critical for the software as it exposes faults in the interaction between integrated units.

Integration testing is taken up to test the unit tested components and build a program structure.

This is a sudden and unplanned testing methodology usually performed without planning and without any test design documents.

The software tester only tries to break the system by randomly trying the system’s functionality and is usually performed by the testing team.

The team should have a good understanding of the domain, and workflows of the application to find any defects and to break the software.

This form of testing is taken up when software provides support for one or more interfaces such as the graphical user interface, the command-line interface or application programming interface to know how they interact with its users or other software.

This interface truly serves as a medium for the software to accept the input from the user and deliver the output to the user.

Regression testing is an effective method of software testing taken up each time when a new module is added in the program. This testing type ensures that the whole software component works properly even after adding new components.

This is an important software testing method wherein testers are not required to know the coding or internal structure of the software.

This testing method depends on testing software with various inputs and validating the results against the expected output.

This type of software testing technique focuses on heavily testing of one particular module. It is performed by quality assurance teams to test one or few functionalities thoroughly or exhaustively by having multiple testing teams to test the same functionality to know if there are any variations.

This is an important user acceptance testing (UAT) that is taken up as a final step (pre-production) and is shown to the product owner to evaluate whether all features work in accordance with the requirements detailed.

If the UAT is successful, then the software is deployed into the production environment. It allows the customer to either accept or reject the application.

What are the Important Non-functional Software Testing Types? 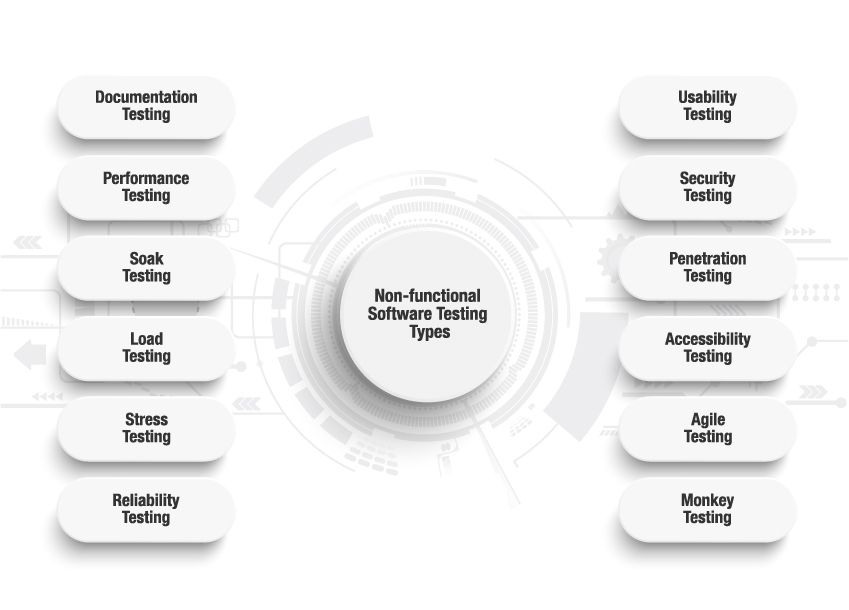 This form of testing is done to validate the documented artifacts such as the software requirements, test plan, and also includes traceability matrix, and test cases. It gives an idea about the artifacts of the application under test.

This is a very important method of non-functional testing and is performed to assess product readiness under the influence of heavy loads. It is carried out with meticulous testing procedures to determine the responsiveness, reliability, and stability of the software application under varying user loads.

It is usually achieved by measuring response times, throughput, and resource-utilization levels for the application under test.

It is a type of performance testing, wherein the software is subjected to load for over a significant duration of time. Soak testing may go on for a few days or even for a few weeks.

This type of testing is conducted to find errors that result in the degeneration of software performance with continued usage.

This method of testing is performed to verify the behavior of the system once the load increases more than its design expectations.

This is an effective testing method that checks whether the software can perform a failure-free operation for a specified period of time in a particular environment.

Usability testing is a core test that cannot be ignored since it determines whether a particular software system will be able to meet its intended purpose. Usability testing is quick to determine the system’s strengths and weaknesses and evaluates the overall usability of the product.

As businesses continue to face the current rampant cyber-attacks, enterprises have strong concerns around their customer’s data and application security. Hence, it is critical for businesses to leverage security testing to safeguard their applications from cyber threats and vulnerabilities.

Penetration testing is also known as pen testing and is a type of security testing. Businesses should adopt it to evaluate the security of the application and be ensured of threat free applications.

This type of testing ensures the application or the business website is accessible to people with disabilities (deaf, blind, etc.).

This method of software testing practice follows the principles of the agile manifesto and emphasizes the testing from the perspective of customers. Today, businesses place their customer experience as the highest importance. It is usually performed by the quality assurance teams.

This method involves performing abnormal actions on the software application deliberately in order to verify the stability of the application.

An Overview of Software Testing Performed by Various Teams

How to Achieve Effective Software Testing?

If you are a business or an enterprise, you might be concerned after looking at the complete list of software testing methods and services available.

It is important to know about the different types of software testing and at the same time, to achieve the best and effective testing services based on your project or application type.

Additionally, a software testing services provider will be the best choice to choose from. This will help you get the complete benefit of effective software testing and you can be ensured of faster releases and quality software.

Enterprises and businesses should take a stance on their product development and any delay caused by either delayed or late testing will have a direct impact on the total cost of a project. It further has an adverse effect on the software quality.

They have the professional QA testers, accelerators, and test automation frameworks to enable effective testing and identify bugs and ensure to deliver quality software.

Is Next-Gen Software Testing a True…

Challenges in FinTech and the growing…

The Challenges of Testing EDI-Based Applications

Keyword-driven testing: Why you should use…

5 Key Aspects to Consider Before…

Why Tech Startups Should Not Ignore…

What would you miss in a…