What is Performance Testing

Performance testing is a non-functional type of testing and involves the process by which software or an application is tested to know its current system performance. It checks how your current system performs in terms of responsiveness and stability when tested under varying workload conditions. Effectively, the system is tested under multiple and different load and network conditions and it scrupulously checks the time taken by the system to respond under these loads This testing process primarily determines the speed with which the system works and it involves tests that are performed within a lab referred to as quantitative tests and the tests that occur in the production-like environment. Currently, with Agile and DevOps methodologies on the go, this testing process plays a crucial role in the software development life cycle Every business is in need of software applications that perform well under varying load conditions and only such apps with quick loading times will have demand in the market. 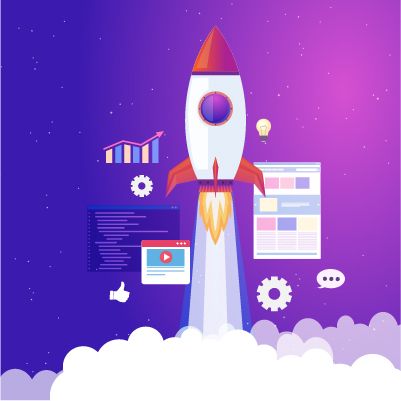 What Does Performance Testing Check in any Software?

There is a fear with respect to how an application or demanding software performs under varying loads when it goes live. Under such situations, performance testing process actually measures the Speed, Scalability, Reliability, Robustness and Stability of the application when the system is tested for varying loads of users. Performance testing procedure in the cloud also lets you maximize your returns by utilizing cost-effective means of scalable testing applications. Primarily Performance Testing Evaluates the below: Speed: The system is tested and evaluated to check the speed with which it responds Scalability: Checks the variation in response time/scalability as the load on the system varies Reliability: Validates whether the app is reliable under prolonged periods of high user traffic Stability: Evaluates if the system is stable under heavy concurrent user load Further, software performance testing also accomplishes the below: → Evaluates whether the application is production-ready or not → Checks and evaluates the various app performance criteria → Validates performance characteristics of various systems along with system configurations → Identifies if the system has any bottlenecks Evidently, the actual process of software performance testing is achieved through the different phases that its testing process comprises.

Any of the below mentioned can be effective bottlenecks during the testing process: → Software Bottlenecks: Issues with DB queries, Application integrations etc. → Hardware Bottlenecks: Shortage of RAM, Disk and CPU resource usages → Network Bottlenecks: Transmission medium’s limitations → Bottlenecks with Test Environment: Performance test environments tend to be smaller versions of the production environment → Issues at times with an unrealistic user behaviour → Issues due to the presence of a single or fewer server instances → Another constraint is only a subset of functions can be automated at any time

What are the Different Types of Performance Testing?

There are various types of Application and software performance testing, but the common among them are: Load testing: Load testing is performed to validate the system (application under test) performance under normal (usually around 70% of peak user load) and peak user load. This type of test helps us to tune the system and finalize the baseline. Companies should adopt load testing as a part of their software development life cycle (SDLC). Stress testing: This type of testing is done to identify the breaking point of the system when its subjected to a user load beyond the expected peak. The breaking point can be defined as a load at which either the response time degrades beyond 10% or transactions start falling by more than 5%. Usually, we subject the system to up to 2x of peak user load during the stress tests. Spike testing: This is a subset of stress testing and it analyzes the behaviour of the system by suddenly varying the number of users and it also checks if the system is able to >support such situations efficiently Endurance testing: It is a non-functional type of software performance testing and typically checks the behaviour of the system when it is under significant load (around 70% of peak load) for a longer period of time (usually 8 hours to 72 hours). Specifically, the system is checked for resources leakage like memory leaks, the system fails or any other random behaviour that might be shown by the system Capacity testing: With this type of testing, also known as scalability testing, helps to identify the actual number of the users that the system can support with current hardware capacity Volume testing: The system performance is checked by executing multiple data-intensive transactions and validating how efficiently the system behaves with such data volumes

How Does Performance Testing Help Your E-commerce Sites and Mobile Applications?

Delivers Good Speed & Reliability: Your E-commerce website and applications run at good speed even under different loads as these have been tested for their performance. Websites with good loading times are known to attract more traffic due to their effective performance and thus your brand will become more reputed. Performance testing has to be more robust for Black Friday and Cyber Monday. Ensures Systems with High Response times and Good Scalability: Systems that have been tested for their performance perform really well without any issues even when numerous user’s login simultaneously. Such systems enhance your brand reputation due to their effective performance.

What are the benefits of Performance testing?

1.  Validates the functional features: The practice of performance testing effectively validates the software features. This will further benefit the organizations to make valid decisions on the software setup. 2. Monitors the speed, stability, and accuracy: The method benefits measuring the app performance such as speed, stability, and accuracy Also, the performance testing practise helps to monitor these important features in critical scenarios. 3. Increases Customer Satisfaction: The practice of performance testing helps to measure the application’s response for the customers. This will sort out the performance bugs and help to increase customer satisfaction. 4. Issues are identified at the early stage: The methodology of performance testing helps the development teams to find the errors before the app release. This will help to avoid scenarios of app failure and effectively increases the scope of the application as the errors are resolved at the earliest. 5. Improves load capacity: The testing practice effectively improves the load capacity and app optimization. This efficiently helps the organizations to increase their user volumes for the application. To achieve the best result with performance testing, it is important to opt for a tool that is effective to meet the requirements. Therefore, enterprises have to choose the tool based on their business need.

What are the top tools for performance testing?

Some of the most common tools used for performance testing are listed below:

1.  LoadNinja: This tool allows for creating scriptless load tests and results in reduced testing time. LoadNinja helps the teams to increase the test coverage without compromising on the quality. Also, it removes the efforts which are necessary for script translation, dynamic correlation, and script scrubbing. 2. JMeter: JMeter is an open-source tool used for running performance and load tests. This helps to analyze and measure the performance of a range of web and web service applications. 3. WebLoad: This tool is an enterprise-scale load testing tool used for web and mobile load testing. WebLoad features a good number of functionalities such as Load Generation Console, Analytics Dashboard and comprehensive IDE. 4. LoadUI: This tool is popularly known for allowing in the creation of scriptless load tests, distributing the tests on the cloud with load agents. Also, the tool helps to monitor the servers and provides a detailed report by automating the load tests. 5. AppLoader: This tool is specifically designed for business applications and assures to provide the best solutions for load testing. AppLoader allows for testing applications and reproducing the same user experience on all access points. 6. Load Runner: It is a software testing tool designed by Micro Focus. LoadRunner helps with a good number of services, such as testing applications, verifying the performance of the application under load and to measure the behaviour of the application. The tool is proficient in balancing thousands of users at a time.

Q1. Why to consider Performance Testing?

Ans. Performance testing is a non-functional type of testing and involves the process by which software or an application is tested to know its current system performance.

Q2. What are the top tools for performance testing?

Ans. Some of the most common tools used for performance testing are listed here.