Today’s digital businesses need high-quality software in less time to deliver a great customer experience (CX). Therefore, before the software is released into the market, it goes through rigorous testing phases, which consumes a lot of time. But, for businesses to reach the market early, the software testing cycles need to be shortened, and it becomes possible adopting automation testing.


What is automation testing using Python? 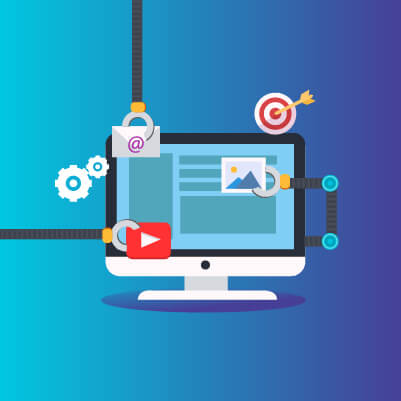 Automation testing is a software testing method in which automated tools, frameworks, and scripts are used for testing the software. In this software testing technique, reusable test scripts are developed to test the app functionality, thus reducing the overall regression time and helping with faster software releases. Leveraging test automation reduces regression time and quality releases within the testing life cycle.

What are the best programming languages preferred for automation testing?

It is an open-source programming language for test automation of web and desktop applications, machine learning, network servers, media tools, and test automation. It is an easy-to-use language and comes with vast library support.

This is one of the most popular programming languages for test automation. It works on the WORA (Write Once, Run Anywhere) principle, making cross-platform testing very easy. It comes with complete test frameworks, packages, and information sources.

It is another commonly used programming language for test automation and front-end development. One of the major reasons why testers prefer Java Script is that it supports shift-left methodologies where developers are involved in test code development.

But, Python is the most preferred language among all the above mentioned. 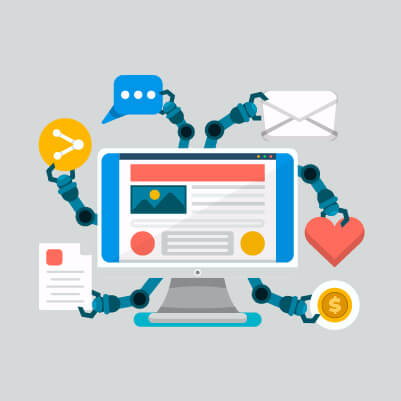 1. This language has many built-in testing frameworks, such as Pytest, Robot, etc., which ensures faster  debugging and the creation of faster workflows

2. It is an interpreted language and implements the code line by line, which makes the debugging easy

3. As it is a cross-platform language, it can run on different platforms like Windows, Linux, and Mac

4. It can also be easily implemented with other programming languages such as C, C++, JAVA, etc.

How to configure using Python?

4. Create one new project and write the Selenium test scripts

5. Run the test scripts and finally validate them

Why do testers prefer automated software testing with Python? 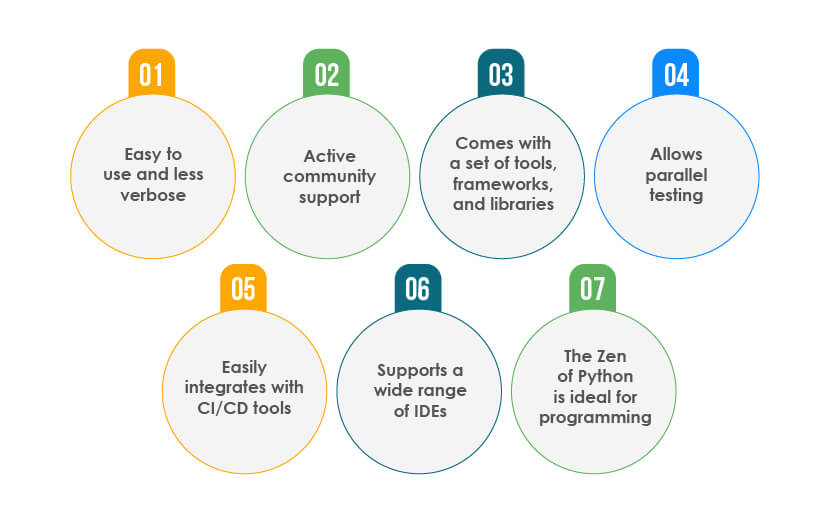 1. Easy to use and less verbose:

Python is comparatively easy to learn and use language. It is best suggested for beginners who want to learn software programming languages.

Python comes with active community support that offers technical help at no cost, making it the most preferred language for test automation.

3. Comes with a set of tools, frameworks, and libraries:

Python supports parallel testing across browsers and operating systems for test automation, making it one of the most preferred languages for automation testing by testers.

The Python ecosystem contains tools that can be easily integrated with CI/CD tools like Jenkins, which is one of the added advantages of Python.

6. Supports a wide range of IDEs:

7. The Zen of Python is ideal for programming:

According to Wikipedia, The Zen of Python is a collection of 19 “guiding principles” for writing computer programs that influence the design of the Python programming language. These guidelines contain basic rules that testers can make automated test scripts very efficient and conduct test automation seamlessly.

It is an open-source test automation framework used for acceptance testing, acceptance test-driven development (ATDD), and Robotic Process Automation (RPA). This framework is based on the Keyword Driven Testing approach, allowing testers to easily create test cases and requires no coding experience. It supports all OS and application types (web, mobile, and desktop).

It is a default Python testing framework part of the Python standard library. Unittest is a derivative of xUnit framework and has some similarities with it. It comes with an easy installation and Configuration option, making UnitTest Framework one of the most preferred Python Unit testing frameworks.

It is an open-source complete automation testing framework. Testers can easily develop test cases for mobile, web, or generic automation using this test framework. It is a single-agent executable framework and comes with third-party libraries that are needed to develop and execute test automation for web, mobile and generic. It generates free automatic reports in PDF and HTML formats

It is a Python-based unit testing framework that can be used to run DocTests and UnitTests. Nose2 is a Domain-Specific Language (DSL) for writing functional tests and has an inbuilt plugin ecosystem that makes testing simple and faster.

It is one of the most widely used Python behavior-driven development testing frameworks. This framework allows testers to write test cases in an easy and understandable language and has good documentation support.

Testify is a replacement for Unittest and Nose. It has more advanced features than Unittest. This framework can be used for unit testing, system testing, and integration testing.

It is a Python behavior-driven development framework based on Cucumber. It supports the Gherkin language. Testers with a non-technical background can easily use this language to create automated tests.