What is User Acceptance Testing (UAT) – A Detailed Guide

2. Why UAT is essential for your business?

4. What are The Benefits of UAT Testing for Businesses?

7. What are UAT Testing best practices?

What is UAT Testing? 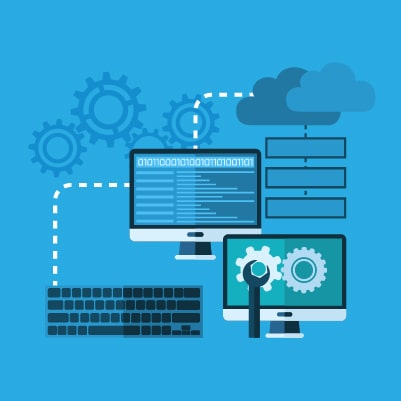 The last stage of the software testing process is known as UAT. This UAT process plays an important and crucial role as it validates whether all the business requirements have been fulfilled or not before releasing the actual product.

Further, UAT testing meaning can also be defined as the user methodology where the developed software is tested by the business user to validate if the software is working as per the specifications defined. This type of testing is also known as beta testing, application testing or more commonly end-user testing.

The UAT testing process is taken up before planning to release the software into the market. This step ensures whether the software is complete according to the functional specifications defined by the product owner or not.

It is highly essential for the product owner to take up this process else businesses suffer from significant losses due to many post-release issues.

Usually, this process is taken up as the last phase wherein intended users or rather the customer verify if the functionality as outlined in the user story or requirements documents exists. Specifically, the UAT process is taken up with a separate UAT test plan and in a separate testing environment with typically enabling production-like data set up to make the client/end-user clearly understand the developed software.

Why UAT is essential for your business? 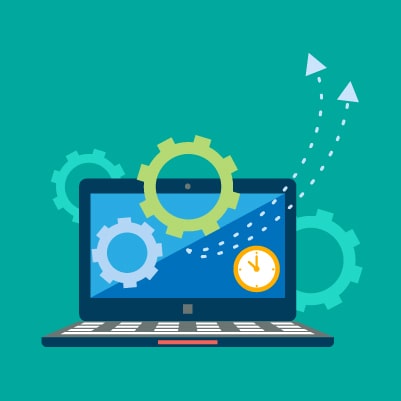 UAT is an essential step to be taken up by the business owner / intended user / product-owner / client / stakeholder to have a first-hand understanding of software/product developed. The business user verifies and validates the software system developed before it is actually moved to the production environment.

The various stakeholders involved in the UAT testing process include business analyst, QA lead or Test Manager, requirements specialist (if any), and the business or product owner. Primarily, UAT testing ensures if the developed system can effectively be used to support the business’s day-to-day operations and works as per the user stories laid down. Typically, the product owner verifies if the solution works in full swing without any defects and confirms whether it meets their needs or not.

If any bugs are identified, then the QA team should necessarily fix them up and re-test them. Hence, it is an essential step for software product development as businesses tend to incur significant losses if post-production issues occur.

What are the Benefits of UAT Testing for Businesses?

Following are the entry criteria for User Acceptance Testing:

• Check if the application code has been fully developed

• Make sure if unit testing, integration testing, system testing, and acceptance testing has all been done by the QA teams

• Check whether all reported defects have been fixed and re-tested

• Ensure Traceability matrix should also be made available

• Ensure an effective UAT environment must be made ready

• Ensure to have a UAT checklist before starting the UAT process 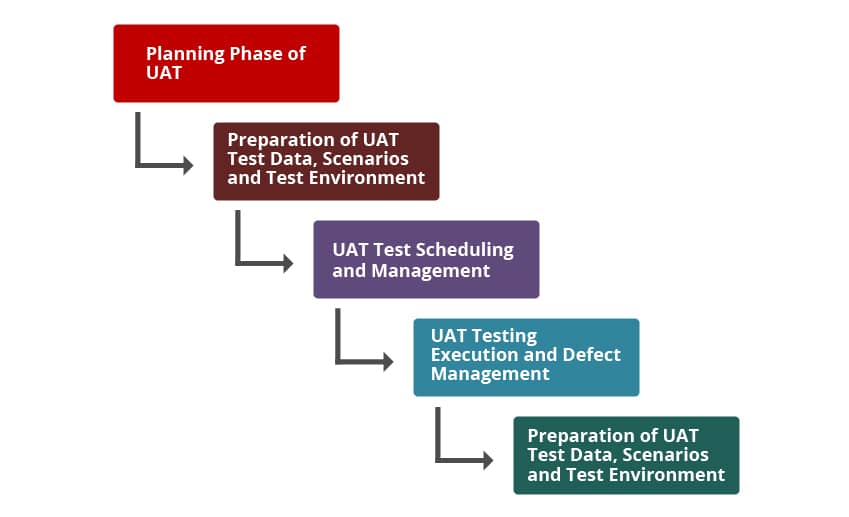 Assigning a UAT Test Manager to oversee the entire process of UAT is essentially done in this stage. Proper planning and execution strategy are outlined here. Identification of critical resources is done and preparation of a critical resource plan is done.

UAT readiness is ensured in this phase as the UAT test environment is set up, preparation of test management plan along with test data, interfaces, data, authorization along with scenario readiness is done here.

Proper action plans with UAT priorities are done in this phase. A triage process is kept in place to prioritize the assessments of defects blocking if any. An effective mechanism to track test scenarios and test scripts based on the requirements defined is taken up.

This is an important phase and proper identification of priority defects is taken up and more focus is placed on performing root cause analysis assessments. A trial run of UAT processes is done to validate execution and defects assignment and assessment is taken up for proper and quick resolution.

In this final phase of UAT, accurate defect and testing status reports and defect reporting is generated from the test management system. Finally, a sign-off when all bugs have been fixed indicates the acceptance of the software. This final phase ensures and validates that the application developed meets the user requirements and is ready to be moved to production.

What are UAT Testing best practices?

User identification is the first step. Selecting a group of users (who are interested in the product) is essential for conducting UAT. These users are none other than the end-users of the product. These users can be from the company or from outside or both.

There has to be a methodical plan for UAT testers to perform UAT testing productively. As these testers will be going through all the features of the product, their feedback in terms of how they want the product to function should be documented.

A test environment is crucial for the success of UAT. Those users who’ve been selected to perform UAT must have the credentials and data to carry out testing effectively.

As in certain scenarios, if the users are located at remote locations, it would be wise to schedule a common date and time to carry out UAT. Prior planning in terms of the technicalities involved in performing the testing activity should be clearly informed so that the users are well aware of all the implications.

5. Prioritize to detect and solve bugs:

When the test goes live, there will be issues pertaining to addressing bugs. Let the user track and properly list all the bugs that have been encountered. The concerned team responsible for fixing bugs must prioritize the bugs and then solve it accordingly in a systematic manner.

Alpha and Beta testing are the approaches in UAT that are practiced before releasing the software to the customers.

Alpha testing is practiced in the early development phase with the help of internal teams. Before releasing the software to the customers, the potential user groups conduct this testing in the development environment. The feedback received from the alpha testers helps the development teams to fix the bugs and improve the overall quality of the product.

Beta Testing takes place in the customer environment by involving a group of customers for testing. The feedback from this testing group helps in enhancing the quality of the software.

Both these testing processes are done before the actual application or software is released to production.

RAT, also known as Compliance Acceptance testing, is the method to validate if the developed application complies with the rules and regulations as set by the governing agencies at the governmental level. This is a very important testing practice as the application is tested for its compliance towards a set of guidelines given by the prevailing authority.

In this type of UAT testing approach, the software developed is tested against certain critical criteria. These criteria and specifications have been earlier defined and mentioned while the contract is made.

BAT is a user acceptance testing type that helps to validate whether the developed software satisfies the requirements and specifications that are set by the business.

OAT is also known as Production Acceptance Testing is one of the UAT testing types that helps in assuring whether there is a proper workflow for the software, i.e. its reliability, compatibility, stability, etc.

In this type of UAT testing, the testing teams are allowed to analyze a few functionalities of the application without knowing the internal code structure. Though black box testing is categorized under functional testing, but it is a part of UAT as it uses the same principles that the user is unaware of the codebase. This testing ensures that the software meets the business requirements.

Businesses are in need of quality software along with faster releases today to beat the competition. Software testing is an essential component of the software product development and essentially User Acceptance testing should be taken up by the business or the product owner.

UAT testing helps in validating whether the developed software is functioning according to the requirements specified and if it meets all the user stories as defined.

Leverage next-gen independent software testing service providers that ensures the quality software is delivered with careful UAT test plans and guides businesses through to arrive at an effective UAT testing process. With this UAT testing approach, businesses can rest assured of a product that effectively meets their requirements and is all ready to be moved to production.

Talk to our experts for more information on UAT testing

Ans. The last stage of the software testing process is known as UAT. This UAT process plays an important and crucial role as it validates whether all the business requirements have been fulfilled or not before releasing the actual product.

Q2. What Comes Before UAT?

Ans. UAT comes after unit testing and if any bugs are identified, then the QA team should necessarily fix them up and re-test them

Q3. How do you conduct a UAT Test?