Integration Testing: What is, Types, Tools, Steps to Perform

Software applications have become common in every business sector. However, before these apps are released to the market, these web and mobile apps should be end-to-end tested by adopting various software testing methods. The most common testing practices are system testing, integration testing, unit testing, acceptance testing, and performance testing, to name a few.

Each of these testing practices is interlinked with one another to identify the errors, validate the behaviour, performance, and reliability of the software. After the initial unit testing practice, integration testing is taken up which involves testing system components and units of code effectively. Significantly, the integration testing process becomes an essential need for businesses before actually planning to move for system testing and other methods of software testing.

What is Integration Testing?

Integration testing is one of the agile methodologies of software testing where individual components or units of code are tested to validate interactions among different software system modules. In this process, these system components are either tested as a single group or organized iteratively.

Typically, system integration testing is taken up to validate the performance of the entire software system as a whole. The main purpose of this testing method is to expand the process and validate the integration of the modules with other groups. It is performed to verify if all the units operate in accordance with their specifications defined. 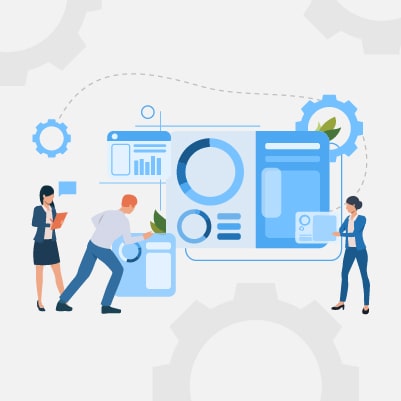 Why Should Integration Testing be taken up?

In Software testing, it is important that every system component gets integrated with the different application modules. Though each of the software modules is unit tested, there are critical chances for the modules to have defects, and this calls for the need for Integration testing to come into place.

The need for Integration testing can be understood from the points listed below:

• When modules are developed they have to be integrated and tested. Integratio testing approachesn testing is a simple extension of unit testing.

• If integration testing is taken up at early stages, bugs are identified early in the software development life cycle and it’s true in both bottom-up and also in the top-down approach.

• Integration testing is capable of developing real-time use cases during end-to-end testing.

Some of the main situations when Integration testing should be taken up:

• When any new changes are made to the application requirements, then this may require integration testing as the new changes may not be unit tested.

• Integration testing becomes necessary to understand the logic implemented by the developer against the requirements.

• When modules interact with APIs and third-party tools, then to validate these interactions and know the response, integration testing becomes essential.

What are the benefits businesses get with Integration Testing?

With integration testing, most of the test cases are written at the early stage and thus helps to perform execution on every build. This testing process tackles the bugs related to exception handling and validates the performance, functionality, and reliability of the integrated modules.

Some of the other benefits include:

• Enhances the code coverage and improves the reliability of the tests

• Identifies system-level issues such as integration mistakes, broken databases and helps to resolve them at the earliest

• Assures in interacting with other third-party tools and APIs

• Bugs are identified and resolved at the early stage

What are the important Integration Testing approaches businesses should know?

It is classified into different testing approaches, some of them are:

In this approach, almost all of the units or major units are combined together to perform integration testing in one attempt. Usually, this method is practised when teams have entire software in their bundle.

In this testing approach, a minimum of two modules that are logically related is tested. Then, the related modules are summed up to perform testing and achieve proper functioning. This process is continued until the modules are addressed and tested.

In this testing approach, the teams test the top-level units first and then perform step-by-step testing of lower-level units.

In this testing approach, the testing starts from the lower units of the application and then gradually moves up, i.e. the testing is practised from the bottom of the control parts.

This approach is also known as hybrid integration as it is a combination based on bottom-up and top-down approaches. This approach overcomes many other limitations and helps to achieve the benefits of both the approaches with its three layers:

– The layer below the target layer, and

– The layer above the target layer.

After having known about Integration testing in detail, businesses should also know the most important aspect of Steps to Perform Integration Testing.

Before planning to perform integration testing, it is necessary for the teams to prepare a test plan strategy. This helps them to perform testing that is in flow. Simultaneously, the developers have to identify and document test cases and test data.

In this step, it is essential to study the application’s architecture design. This will help to identify the critical modules that need integration testing on a priority basis and also have an understanding of other modules.

While designing the test cases and test scenarios, it is essential to gather information related to integration test templates. Interfaces have to be reconciled, i.e. when one-unit X transfer’s data to another unit Y, then there should be a clear indication that the data has been transferred from unit X. If there is no indication among these interfaces, then these need to be examined and fixed before moving further for integration testing.

5. Choose an automation tool and execute the tests:

When the test scripts and test conditions are prepared, choose an automation testing tool for integration testing. Execute the test cases and if there are any defects identified, report the defects for re-testing.

6. Re-test to Validate for Completeness of Integration tests:

For the test cases that reported defects, perform re-testing. This step has to be carried until the integration testing is completed and all the conditions are fulfilled.

What are the important Integration testing tools?

This is an open-source automation framework known as an E2E testing framework. Protractor is preferred for applications that are based on Angular and AngularJS.

• This tool is specifically used for integration testing

• This tool helps to run instances of the applications

• Runs tests from the user point of view

This tool helps to provide a scripting free environment and helps to avoid the bugs related to integration testing within the iterative agile development process. It provides many features such as the creation of code-free and reusable stubs and also reduces the risks of any failure.

• Helps in generating test reports for the results of test execution

• Supports in providing code coverage even without an additional effort

This tool by Liverpool Data Research Associates (LDRA) is a tool suite that helps in automating the code analysis for performing integration testing and also helps in verifying the compliance standards, etc. The popular integration tools from LDRA are TBrun and LDRAunit.

• LDRAUnit is a standalone tool and assures to provide a fully integrated environment for performing unit testing.

Enterprises are effectively validating that before the applications are set to release, they are tested with proper software testing practices. Integration testing is one of the key software testing practices in the software development life cycle. In this methodology, software modules are integrated and tested to build a complete system and assures to develop software that is assured of functionality, reliability, and performance.

Enterprises following agile and DevOps should embrace integration testing practices so that various modules of the software work effectively when they are grouped together. Leveraging a next-gen testing service provider for integration testing helps to enhance the testing methods by best practices, and assuring faster development and faster time to market, along with quicker ROI. Talk to our experts today!

1. Integration Testing – A Complete Overview 2. Major Performance Testing Challenges and How to Overcome Them 3. 70+ Software Testing Tools List You Must Know in 2020 4. Why UAT in Testing is essential for your business