Unit Testing – What is Its Importance in Software Testing?

What is Unit Testing?

Unit testing is one of the software testing types which includes the initial testing phase where the smallest components or the modules of a software are tested individually. With this method of testing, both testers and developers can isolate each module, identify and fix the system defects at a very early stage of the software development lifecycle (SDLC). Primarily, a unit test verifies different behavioral aspects of the system under test and can be broadly classified into state-based and interaction-based unit testing. 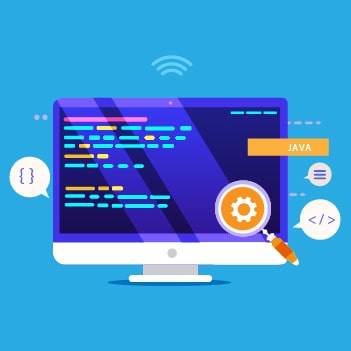 A typical unit test consists of three phases which include the first initialization phase where it initializes a small piece of an application it wants to test. The second phase is the addition phase where it adds a stimulus to the system under test and finally, the third phase is the result phase where it observes the resulting application behavior. Evidently, if the observed behavior is consistent with expectations, then the unit test passes else it fails. This indicates there is a problem somewhere in the system under test. These three test phases are named as Arrange, Act and Assert or commonly known as AAA.

Why Unit Testing is important to perform? 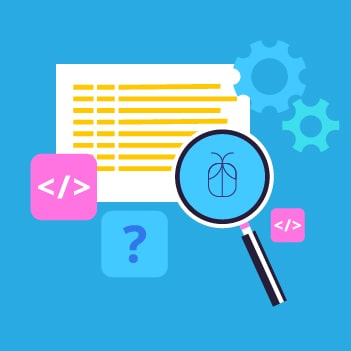 Unit Testing is the software testing technique where a group of software program components or modules are tested individually. This technique effectively helps in validating the accuracy of a section of code by considering stubs, mock objects, drivers, and unit testing frameworks. Since it is practiced at the initial testing phase, this testing technique assures to identify and fix the bugs at the early stage of SDLC even before they become expensive for the enterprises to fix when identified at a later stage.

Some developers may attempt to save time by performing minimal unit testing, or when unit testing is skipped, it obviously leads to higher defect fixing costs during system testing, integration testing, and even beta testing when the application is completed.

Moreover, in addition to these, unit testing helps the development teams to understand the code base, validate the correctness of the developed code, reuse the code, and to make the changes faster in the code.

With a proper unit testing practice in place, the developers and testers can help to save time as bugs can be identified early in the process as it is the initial phase of testing. And, skipping or limiting the practice of unit testing can adversely increase the defects and it becomes complex to fix them at a later stage. Hence, it is essential to practice unit testing at the initial stage of the oftware testing process before planning for the integration testing.

What are the benefits of Unit Testing?

– Isolates a section of code and validates its correctness

– Assures in simplifying the debugging process

– With the proper unit testing practice, components that are integrated after the build can assure in achieving a quality product

What are the types of Unit Testing?

Basically, the unit testers make use of three types of unit testing while testing each module in the isolation that has been listed below.

This testing practice is also known as transparent testing or glass box testing. In this unit testing type, the functional behavior of the software is tested by the developers in order to validate their execution.

In this unit testing type, the unit testers are not aware of the internal functionality of the system and are allowed for testing the structure of the function, i.e. the user interface, input, and output.

Gray box testing is popularly known for being the combination of both black-box and white-box testing. In this method, the tester is partially aware of the system functionality and uses this approach for testing various test methods, for executing test suites, and to perform the risk assessment. Also, this unit testing type is known as semi-transparent testing.

Unit testing is the first software testing phase in SDLC and it is usually taken up during the development of the application. These unit test cases are written and executed by software developers. However, in certain exceptional scenarios where developers take a back off to this process, this white-box testing technique is performed by QA engineers.

How to do Unit Testing?

Unit testing can be performed in two methods, i.e. by manual testing and automated testing.

In order to practice unit testing with the manual testing method, it is essential for the unit testers to get a step-by-step instructional document. However, considering the efforts needed for manual testing, automated unit testing is often preferred by most enterprises.

The workflow of unit testing is performed in 4 stages:

What are Unit Testing best practices?

1. Ensure Unit Tests are independent of each other:

2. Always stick to one code unit at once:

When testing a unit of code, though it relates to multiple use cases, unit testers have to test each use case in different test cases. This will effectively simplify the teams to do code changes or refactoring.

3. Make use of AAA for readability:

AAA stands for Arrange, Act, and Assert. This pattern helps in separating what is being tested from the “arrange” and “assert” steps; thus reduces the inter-mix of the assertions with the help of the “Act”. Thus, the test cases are more readable.

4. Fix the bugs before moving for Integration Testing:

5. Ensure to have proper variable naming:

In unit testing, one of the important and best practices is to have proper naming of the variables. Therefore, avoid using magic strings, and also follow clear and consistent naming conventions.

While performing unit testing, make sure that the test code is not deployed with the source code in your build script.

What are some important Unit Test frameworks?

This is an open-source unit testing framework that works effectively for test-driven development. It is explicitly designed to support Java language. This tool is well-known for providing an easy approach for writing code.

This unit testing framework is completely written in C# and this belongs to the xUnit family. It is an open-source tool and is capable of supporting all .NET languages and serves the same purpose as JUnit.

This is an open-source test automation framework exclusively developed for Java programming language. This framework specifically resembles Junit & NUnit and supports concurrent testing along with support for annotation.

This is an IDE plugin with effective open-source frameworks. The effective feature that can be achieved with this plugin is one-click action for creating, scaling, and maintaining unit tests.

This testing tool is designed to support PHP language. The beneficial feature of this tool is that it uses pre-defined assertion methods to make the system behave in a specific manner.

This is an open-source unit testing framework to support JavaScript. It offers many great features for the teams such as open-source Java library, support for protocols, proxy servers, cookies, etc.

Integration testing is the second software testing phase conducted after unit testing. In Integration testing, the small modules that are individually tested in the unit testing are integrated or combined to test the functionality of the modules when they are together. However, to understand these two testing phases more easily, their major differences have been listed below.

Businesses can be ensured of bug-free and quality software if software testing is performed effectively from the initial stage of product development. Software testing has to be taken up from the very first stage, i.e. from the code level itself; and this can be achieved when software developers perform the unit testing.

Unit testing is the earliest testing practice that focuses on the code. With this testing approach, small modules of the program are tested individually. This approach benefits the teams in many ways such as early bug detection, fixing the code before they become expensive to resolve in the SDLC. Hence, practicing unit testing is essential for businesses to ensure that the developed software is bug-free and quality is assured from the initial stage of SDLC. Leverage unit testing services from independent QA testing services provider to make your software get high-quality. Talk to us

Q1. What is the purpose of unit testing?

Ans. With a proper unit testing practice in place, the developers and testers can help to save time as bugs can be identified early in the process as it is the initial phase of testing.

Q2. When Should unit testing be performed?

Ans. It is essential to practice unit testing at the initial stage of the software testing process before planning for the integration testing.

Ans. These unit test cases are written and executed by software developers

Q4. What are unit testing frameworks?