An overview of cloud performance testing 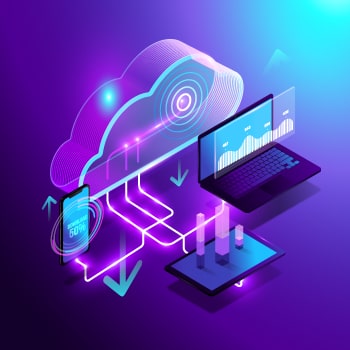 Today, digital businesses race to launch high-quality applications as early as possible, and time to market plays an important role in determining the application’s success. However, without effective testing, the final product could be futile. There is always a need for tools and techniques that accelerate the development and testing process.

But on-premise testing comes at a price, takes significant time, needs dedicated infrastructure and has certain limitations. This is where cloud performance testing proves to be a wise business decision. Cloud performance testing is comparatively inexpensive and may be used for testing cloud, web, and installed applications. It uses cloud-based tools to emulate real-world traffic and helps businesses measure their apps’ performance, scalability, security, and reliability.

Using a cloud system to test applications is advantageous for organizations because they can use it to emulate customer-centric environments. Cloud testing enables the utilization of various permutations of test scenarios that include different configurations, web browsers, OS, and more. As a result, businesses can make the necessary customizations to save costs and time in procuring different devices at different locations.

Cloud performance testing may be executed from anywhere. In other words, businesses can test their apps globally wherever the app will be available, hence enabling global scalability.

Application tests are generally limited to their test environment, but it is possible to execute cloud performance testing in production environments.

Using the cloud as a testing platform reduces the need for installation and maintenance configuration, reducing overall costs.

Cloud-based testing allows software companies to include DevOps in their workflows because it requires collaboration between developers and testers. Testers can spin up test environments with different configurations and data in the cloud, automate testing processes, integrate with development tools to provide fast feedback and get DevOps to help set up devices.

Some of the available load-generating apps work across cloud platforms but verifying the compatibility of such tools with the application architecture is essential. Key features such as bandwidth simulation, upload/download speeds, etc., should be accurately represented to understand the load limits.

Choose the load testing tools that include features such as analytics, reports, and scheduling. This helps DevOps teams avoid overworking production systems while testing and scheduling the ongoing load tests. Once the tests are completed, these tools share comprehensive reports with the respective stakeholders so that everyone has a clear picture of how the app is performing.

In case of several possible reasons for poor app performance, it is difficult to identify the root cause. The load test plan should include testing both inside and outside the firewall to find and fix the performance bottlenecks.

Merely exposing the app to high loads until failure may not generate a realistic scenario. Similar is the case with using similar types of devices, browsers, bandwidths, or OS. The load testing environment should be able to provide a diverse range of test scenarios, keeping the user load at a base level with different configurations.

To maximize the value of cloud performance testing, teams must prioritize the bugs. Once the data and insights are available, teams should strategically take necessary actions to achieve the maximum ROI from testing efforts.

Consider users as well as servers:

Performance tests are often focused on servers and clusters. However, these tests should measure the human element as well. Cloud performance testing should consider UX for comprehensive test results.

The percentage of CPU capacity utilized in processing the requests.

Measures the utilization of the computer’s primary memory while processing any work requests.

The total time between sending and receiving the request. Better the response time, the better the performance of the application.

This metric determines the time a webpage takes to load and display the content on the screen.

This metric determines the number of transactions an application can handle per second.

The time spent by request in a queue before processing.

It measures the data volume transferred every second.

This metric measures the number of requests the app handles every second.

It measures the percentage of requests leading to errors compared to the total number of requests.

Enables continuous testing process in the cloud without worrying about any hardware.

Helps to design and simulate thousands of users to load test applications for performance, reliability, and scalability.

Used to run URL-based load tests with Azure DevOps and sets all the required parameters to run the test.

Uses the Google Cloud Platform (GCP) and Amazon Web Services (AWS) to generate concurrent user load over the cloud during the load tests.

How can Tx help? 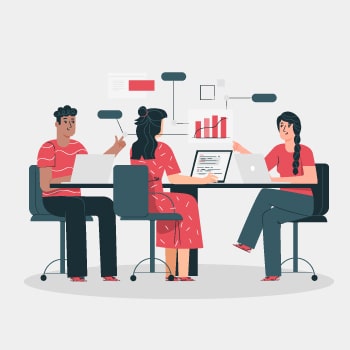 • Ensure your application is responsive, reliable, robust, and scalable

• Ensure your application meets all contractual obligations and SLAs for performance

• Get in touch with our performance testing experts to know more.