Importance of Test Automation in Agile

The core objective of agile methodology is to develop and deliver products faster. As businesses embrace test automation in agile software development, the overall productivity and deployment of software development activities accelerate to deliver high-quality software. Businesses get a fully functional, bug-free, and flawless product as a final product.

However, implementing the right automation testing tools plays a vital role in enhancing the effectiveness of the agile and DevOps implementations. 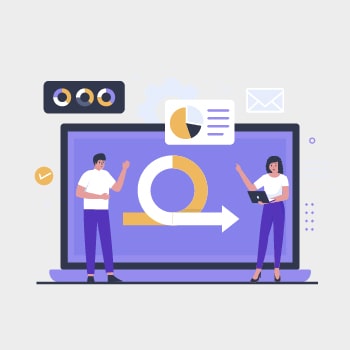 Agile software development methodologies include Scrum, Kanban, Extreme programming, Lean development, and Crystal development.The scrum method is an important agile methodology wherein the development and testing activities are run parallelly within sprints.
A set of features are released in each sprint during the agile process, and continuous development and testing are performed to ensure faster releases. But, to ensure faster and quality releases, manual testing does not suffice in the latest agile and DevOps scenarios. Thus, businesses should embrace test automation using the latest automation tools to carry out the testing in an agile environment.

Where does test automation fit into agile development?

The product is developed in iterations during the agile development, and testing is done within sprints. Each time a new feature is added to the software, the software needs to be tested again to ensure there are no bugs.

During automation testing, testers need to develop test cases according to the needs of the software to be tested. These test cases can be executed multiple times while performing continuous integration or continuous builds.

This form of automation testing ensures that the software remains bug-free, and even if a bug is introduced, it can be easily identified in the early stages and can be fixed early.

This form of automation testing ensures that the software remains bug-free, and even if a bug is introduced, it can be easily identified in the early stages and can be fixed early.

Automated test cases can be reused, which means these test scripts can be re-run several times in different ways. This test reusability will reduce the maintenance costs to a great extent. The application of reusability eliminates human errors and saves cost.

Test coverage plays a vital role in improving the efficiency of software testing activities. The depth and scope of tests are increased through automation testing activities. This is because testers need not run all the tasks manually. Instead, the testers can create a test suite for every feature of the application, such as internal programs, data tables, and memory contents.

By leveraging automation testing, complex test cases can be automatically run, ensuring better and faster test coverage. The manual testers’ work is reduced, and they can be used for other important tasks.

The efficiency of the development process is significantly improved by the test automation process. Testing is done parallel to development to ensure all the bugs and issues identified are resolved at the earliest. Further, this sort of testing is also known as the ‘Fail Fast’ method, wherein as the defects are found early in the SDLC, they can be fixed early, and it also saves a lot of time.

Typically, if the automated testing is performed from the initial unit testing phase, then the defects can be found early and fixed, rather than fixing them at a later stage. Moreover, the time-to-market of a software product is also drastically reduced through the application of continuous testing. Developers and testers can save time and ensure to deliver a high-quality product at a quicker pace.

Further, without investing any additional costs, test cases can be run several times as and when required, thereby improving the overall speed and efficiency of the software testing activities.

Benefits of implementing test automation in an agile environment 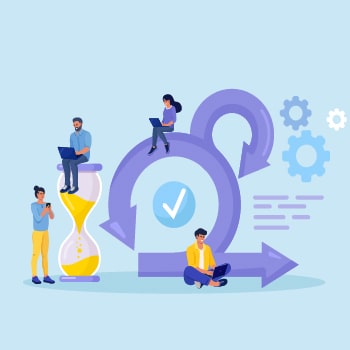 •When the testing is done using test scripts, the reliability factor is scaled up to an all-new level

•Initially, the costs are high for implementing test automation in agile, but, eventually, the ROI is more

•If a specific test script is developed, it can be used several times to test the software for bugs.

•Test automation is an innovative way for carrying out agile methodologies cost-effectively and efficiently. Thus, it helps to improve the overall software testing activities by enabling a high-quality product in a shorter time with faster releases.

How to implement test automation in agile?

For the success of an agile project, it is essential to prepare an automation testing plan that must cover the automation framework and. Also, ensure a proper collaboration between QA and the development teams.

Determine the test cases that can be automated

With automation in place, QA teams can execute several tests on different devices, browsers, and operating systems simultaneously. Specifically, parallel testing saves a good amount of time for the teams.

What tests can be automated in agile?

Leverage the test automation services from a next-gen testing services provider to get high-quality products with a faster time-to-market and quicker ROI.