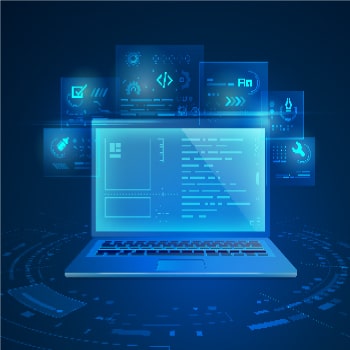 Why do testers prefer Python testing frameworks for test automation? 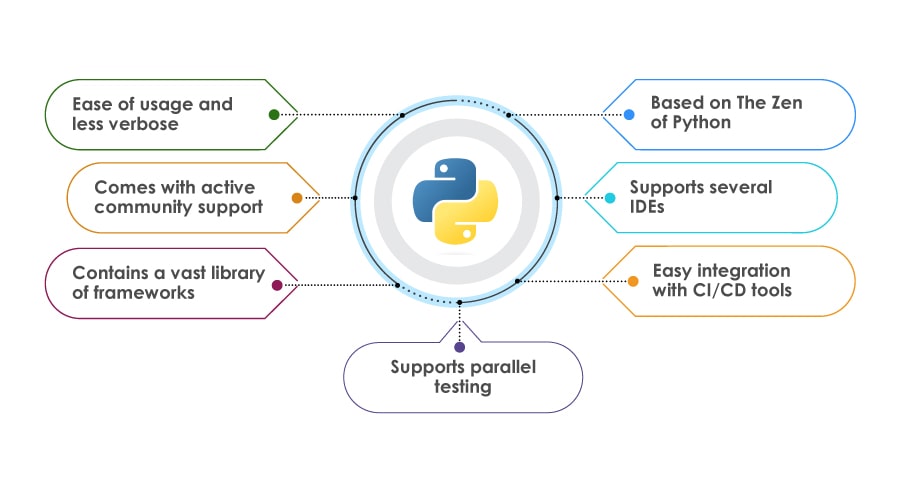 • Ease of usage and less verbose

• Contains a vast library of frameworks

• Based on The Zen of Python 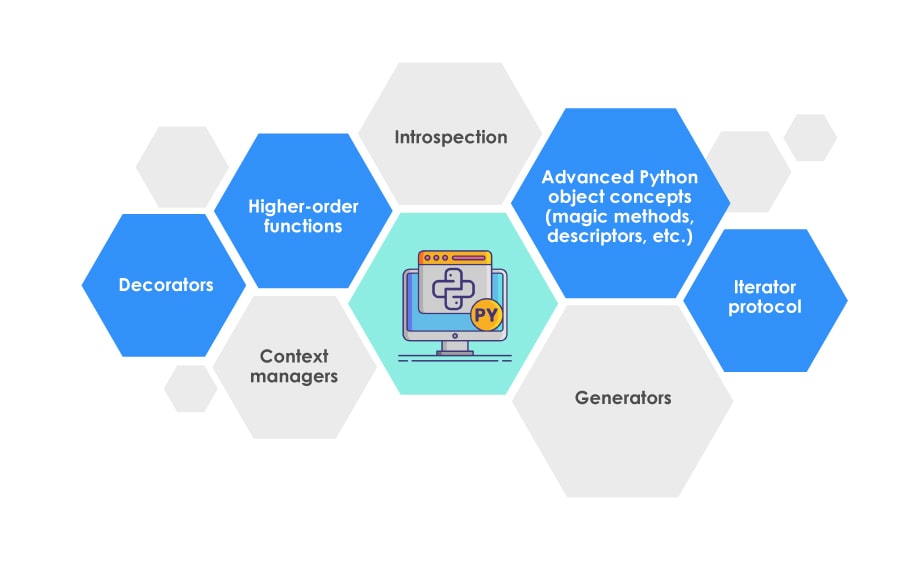 It is a simple yet powerful python testing framework in which tests can be written in line with the code. Testers use Doctest to perform regression testing by confirming if the interactive examples from a test file or object work and perform as expected. As a result, the documented Python statements are converted into test cases.

It is an open-source framework that can run well with small and large applications. Pyramid is a highly valued Python framework due to its extensive scalability, flexibility, and testability.

This Python framework provides tools to facilitate the web development process. Flask is relatively easy to learn and understand and provides a great environment to build functional applications. Flask has a modular design, making it adaptable for various development processes. This platform provides integrated support for unit testing and has Google app engine compatibility.

It is a test automation framework used for acceptance testing, acceptance test-driven development (ATDD), and Robotic Process Automation (RPA). It is based on the Keyword Driven Testing approach; thus, it allows testers to create test cases easily without any coding experience. It supports all OS and applications (web, mobile, and desktop).

It is a default Python test framework part of the Python standard library. Unit test is a derivative of the xUnit framework and has some similarities. It comes with an easy installation and configuration option, thus making UnitTest Framework one of the most preferred Python Unit testing frameworks.

It is a free and open-source complete automation testing framework. Testers can quickly develop test cases for mobile, web, or generic automation using this framework. It is a single-agent executable and comes with third-party libraries needed to develop and execute test automation for web, mobile and generic. It generates free automatic reports in PDF and HTML formats.

This Python behavior-driven development framework is based on Cucumber. It supports the Gherkin language, making it easier for non-technical testers to create automated tests.

This open-source framework was developed by the same people who created Selenium. It allows cross-browser functionality testing and can be easily integrated with DevOps CI/CD pipeline. It supports all major plugins, languages, and command lines.

Why Selenium with Python is a good choice for developing a Python framework? 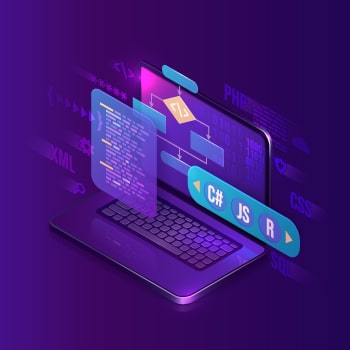 Reasons why Selenium and Python testing frameworks are preferred:

• A large number of testers/programmers are well aware and familiar with Python language; therefore, they prefer Python with Selenium for test automation

What are the best practices for Python Unit Testing Frameworks? 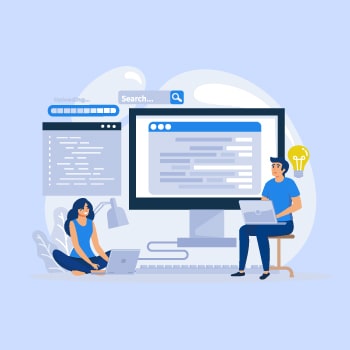 • Tests should be logical, simple, and independent of other tests

• Each unit test should be named precisely and documented appropriately

• Testers should create and run unit tests that cover exceptions

This tests specific methods and logic in the code. Unit tests are the most granular type of test with the goal of verifying the internal flow of the method, as well as making sure edge cases are being handled.

This tests the functionality of the component. A collection of unit tests may or may not represent a Feature test. The goal is to verify that the component meets the requirements given for it.

This tests the entire application end-to-end. The goal is to guarantee the stability of the application. When new code is added, integration tests should still pass with minimal effort.

This tests the efficiency of a piece of code, and the size of the code can range from a method to the whole application.