Selenium Testing Overview and Why Should Businesses Leverage It for Automation?

An Introduction to Selenium Testing

According to Wikipedia, Selenium is a portable framework for testing web applications. Selenium provides a playback tool for authoring functional tests without the need to learn a test scripting language (Selenium IDE). 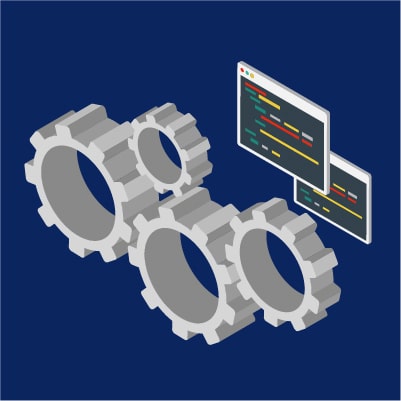 It also provides a test domain-specific language (Selenese) to write tests in several popular programming languages, including C#, Groovy, Java, Perl, PHP, Ruby, and Scala. Selenium is an open-source, test automation tool that has become an important automation tool in the software quality assurance world. This selenium testing tool consists of a different set of tools which include Selenium WebDriver, Selenium RC, Selenium IDE, and Selenium Grid, all of which have different features. Selenium testing tool is a lightweight tool and is developer-friendly, commonly used for automating web applications. Test automation using selenium webdriver with java, automation testing can be used in any operating system environment such as Windows, Linux, and OS X and was first developed by Jason Huggins in the year 2004. Cross-browser testing in selenium is an effective selenium testing method used by testers and this tool is also used for web application testing. This selenium testing tool is composed of several components that provide different features.

What are the components of Selenium? 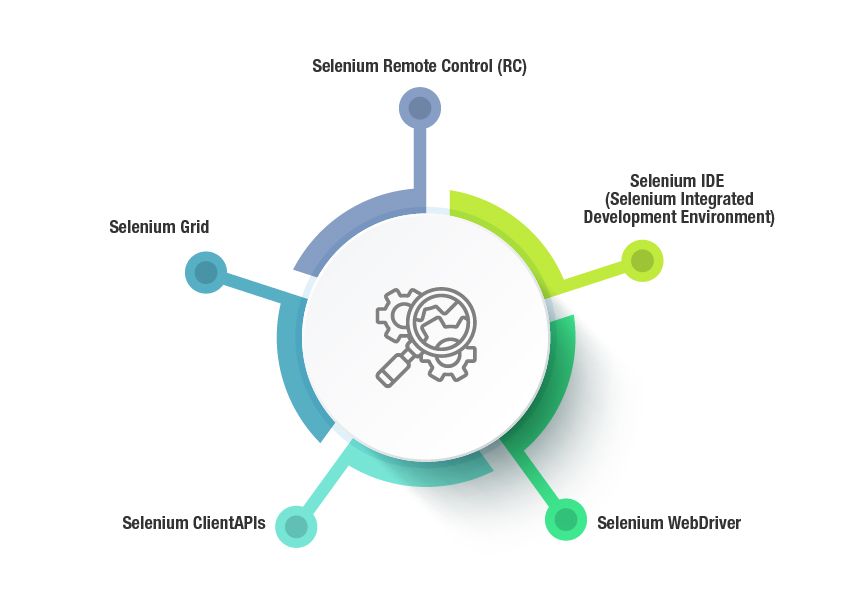 There are various components of selenium tool which provide different features that support multiple browsers, deliver parallel test capabilities and can be executed on multiple machines. It has a suite of tools which cater to different needs of businesses and has the following components:

Selenium RC supports all major web browsers and this tool interprets commands to convert them into javascript and further these scripts are injected into the browser.

Selenium IDE is a simple record and playback kind of tool which is available as an add-on for Firefox only.

Selenium WebDriver is one of the vital tools of the Selenium suite and it does not require any manual process like Selenium server and has direct communication between code and browser.

The Selenium grid is the last component of selenium suite and is used for parallel testing and sometimes even supports distributive testing.

What type of testing is selenium commonly used for? 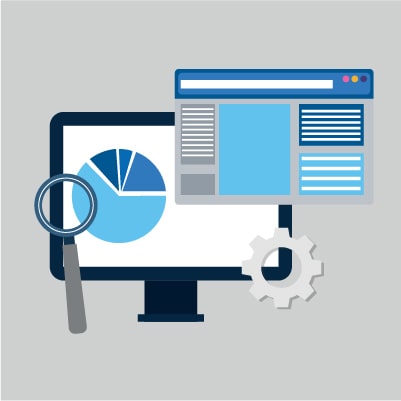 What are the benefits of test automation

There are many advantages businesses achieve by leveraging Test automation, and some of them are: 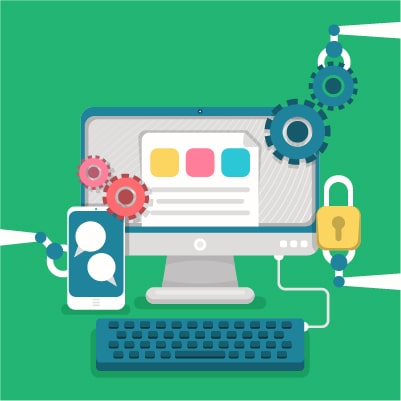 What are the steps for Selenium testing? 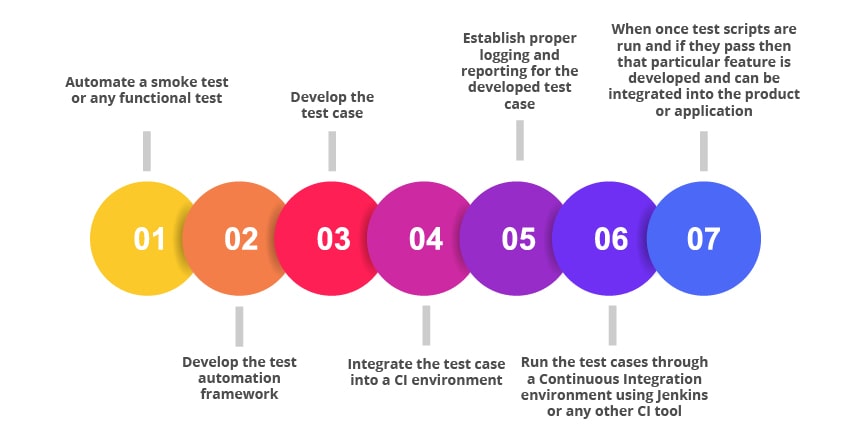 – Automate a smoke test or any functional test – Develop the test automation framework – Develop the test case – Integrate the test case into a CI environment – Establish proper logging and reporting for the developed test case – Run the test cases through a Continuous Integration environment using Jenkins or any other CI tool – When once test scripts are run and if they pass then that particular feature is developed and can be integrated into the product or application But, the QA team should know what to automate using selenium WebDriver or using the Selenium test framework.

What are the best practices for Selenium Testing? 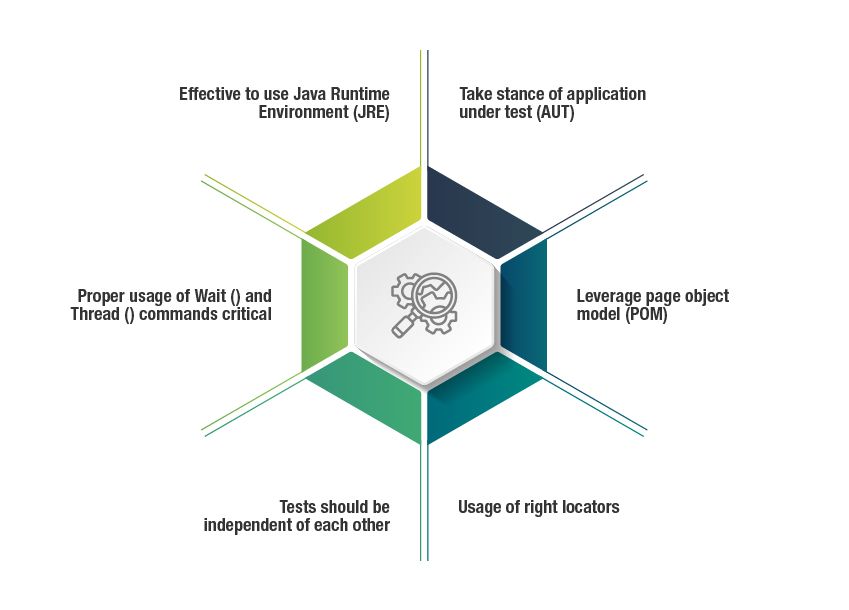 Take stance of an application under test (AUT):

Businesses need to have first-hand information about the application under test. If it is a web application, then test automation selenium is the best choice.

This POM is a specific design pattern that has become popular in the world of test automation. It is a useful model as it enhances test maintenance and reduces code duplication. Typically, a page object can be defined as an object-oriented class that categorically serves as an interface to a page of the AUT. These page object models and frameworks are comparatively more reliable and are easy to maintain. Their test scripts are readable and are reusable. It also eliminates duplication altogether and hence POM is preferred over all other models.

The selenium test framework best interacts with all browsers and ensures easy navigation which is achieved by using different types of locators. Some of these locators include Class, ID, Link Text, Xpath, CSS Selector and Tag Name and hence selecting the right locator is very important.

Tests should be independent of each other:

Tests should be kept as small as possible especially with agile and continuous DevOps processes in place. This type of small test eases the testing process.

Proper usage of Wait and Sleep commands is critical:

The selenium testing automation framework is programmed with Java and hence it is important to use the latest version of JRE to avoid any run time errors. 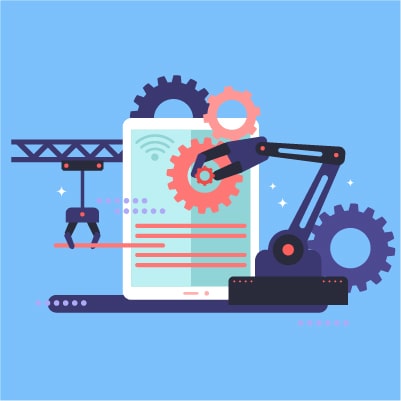 1. Automation testing Selenium is available as an Open source, freeware and is available as a portable tool that has a great community support 2. Selenium testing tool supports many supporting languages such as Perl, Ruby, C#, PHP, JavaScript, Scala and almost all the other programming languages 3. Selenium is commonly used for cross-browser testing as it supports almost all browsers such as Chrome, Firefox, IE, Safari, Opera, HTMLUnit, PhantomJS, etc. 4. The most important aspect of the Selenium tool is that it integrates easily and effectively with many different development platforms such as Jenkins, ANT, Maven, TestNG, & QMetry 5. This selenium testing tool is portable across all platforms, languages and is highly flexible 6. Selenium automation testing falls perfectly into the principles of agile, DevOps, and continuous delivery 7. Automation framework selenium can be integrated with TestNG testing framework for applications testing and generates comprehensive reports 8. Another significant factor about selenium automation framework is that it can be successfully used for mobile application testing of native, cloud or web mobile apps. Selendroid is useful to test android apps exclusively 9. Selenium tool enables to record and playback options for testing web applications and can run multiple test scripts across various browsers 10. Selenium testing framework is highly useful for developers as they can analyze the code due to its screenshot property 11. The tests created by using the selenium tool for testing are easy to maintain and easy to repair the test suites of the application With so many numerous advantages, this tool has become the most commonly used automation tool by test automation engineers and enterprises can leverage Selenium automated testing.

Selenium vs QTP vs RFT

What is QuickTest Professional (QTP)?

QTP is an automated testing tool that helps testers execute automated tests for identifying gaps, defects or errors in an application that is being tested. QTP uses the platform of Visual Basic scripting for carrying out the automation testing process.

A few of the tools offered by QTP are as follows:

What is Rational Functional Testing (RFT)?

Difference between Selenium and QTP:

Difference between Selenium and RFT:

How to learn selenium automation testing?

Selenium software testing has its importance in the world of test automation. Selenium tool is the most popular test automation tool being used by many software testers. Initially, it is important to learn Java or any other language bindings (Java, C# or Ruby) basics followed by learning selenium IDE, and then gradually learn selenium WebDriver. Selenium testing tutorial can also be leveraged to gain information about selenium automation testing. One can quickly grasp automation testing by leveraging various online channels and other modes to gain expertise on the selenium testing tool.se

Selenium is the most effective test automation tool for qa due to its wide range of features such as open source, supports many languages, integrates easily with many platforms, has cross browser support and is best suited to test web applications. Hence, businesses need to prefer selenium tool as a promising test automation tool for web applications testing. Automated selenium testing services by a next-gen testing services provider can be leveraged to achieve faster time to market, quicker ROI and get flawless applications. — Connect with our expert team to discuss your QA challenges and evaluate how we can bring value to your table. Get in touch with us by filling the form below.

1. Selenium Automation Tutorial for Beginners 2. Migration from HP UFT to Selenium What are the Returns 3. Automated Software Testing – What, Why, Tools, Challenges 4. 70+ Software Testing Tools List You Must Know in 2020 5. User Testing Guide – What, Types and How to Perform Testing 6. A Beginner’s Guide to Test Automation

Q1. Why to consider Selenium Testing?

Ans. Selenium automation testing tool is available as open-source and with its ease of use, selenium continues to be the most preferred for test automation.

Q2. What is selenium and how it works?

Ans. Selenium is a portable framework for testing web applications. Selenium provides a playback tool for authoring functional tests without the need to learn a test scripting language (Selenium IDE).

Q3. What is selenium in testing?